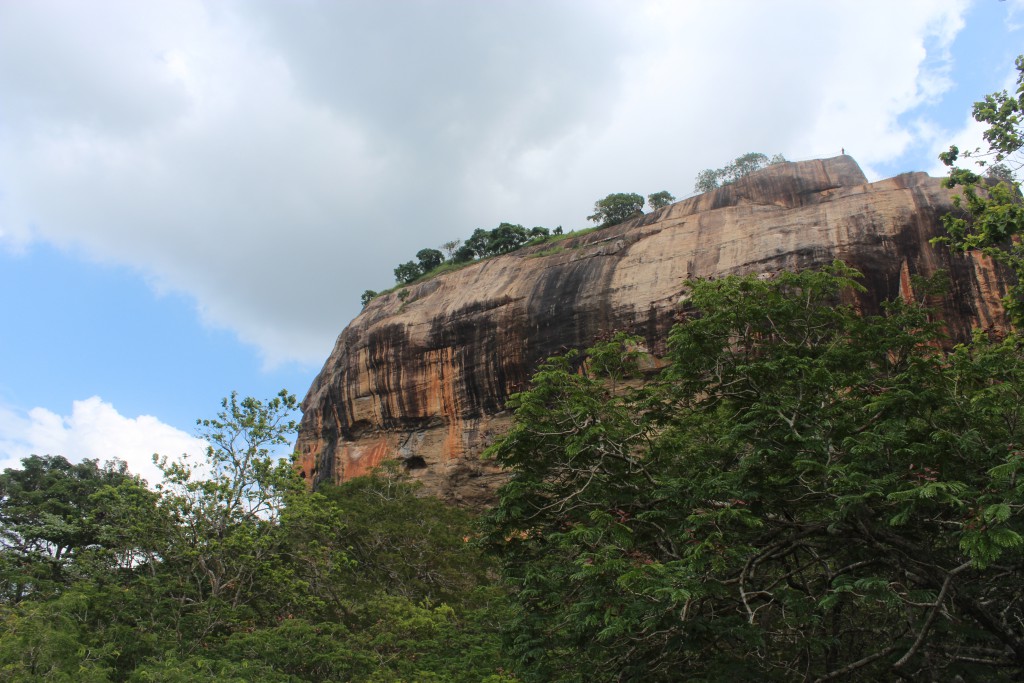 The Sigiriya monolith seen from below 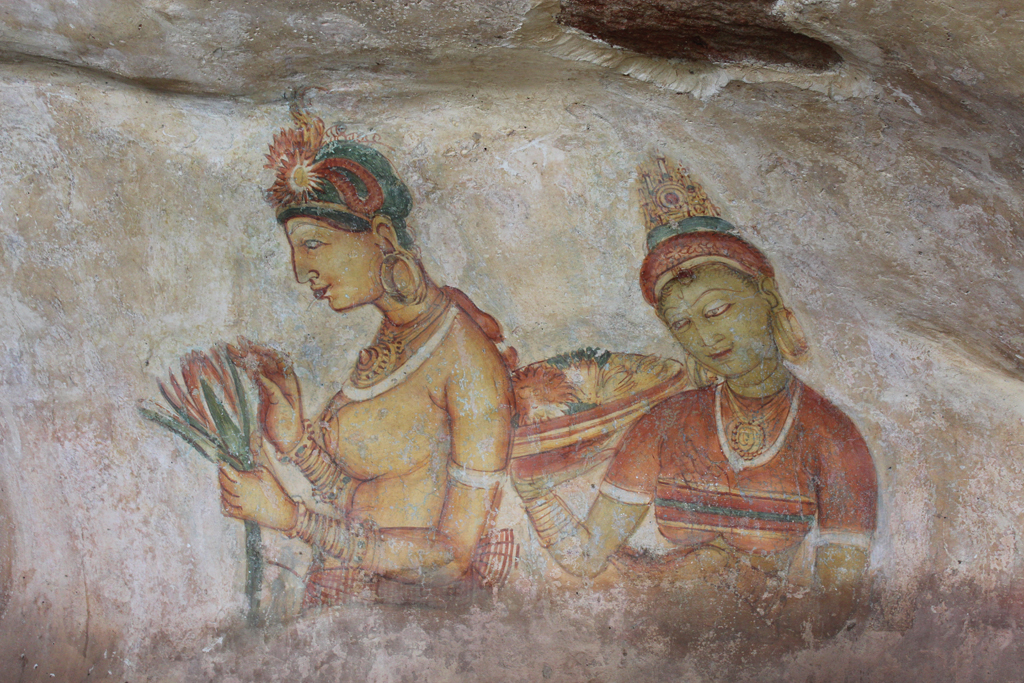 Halfway up under a rocky overhang one can marvel at the historical paintings, the so-called frescoes of mostly barbus women 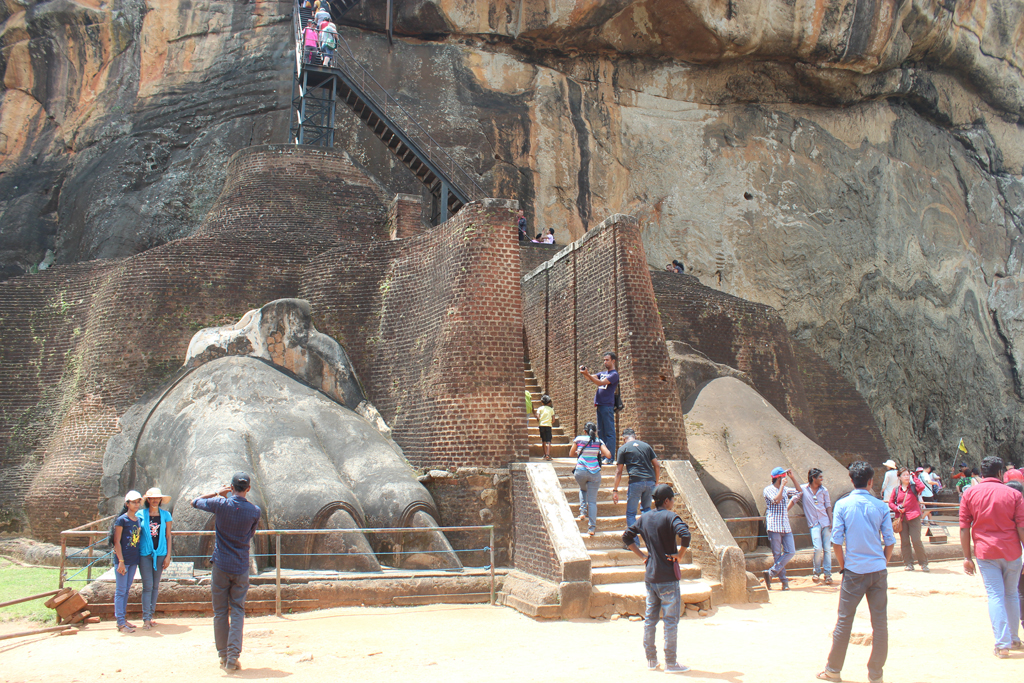 On a plateau are the remnants of the Lion Gate, of which only the two powerful paws are left. 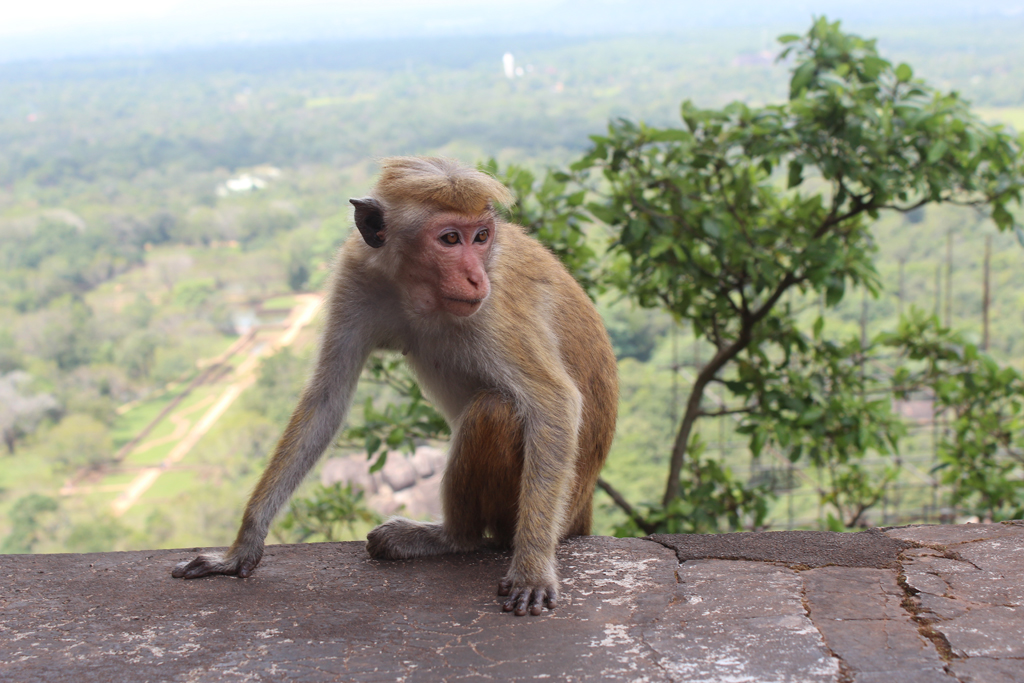 Here we saw on our trip the first time the monkeys with the “pot-cut”. 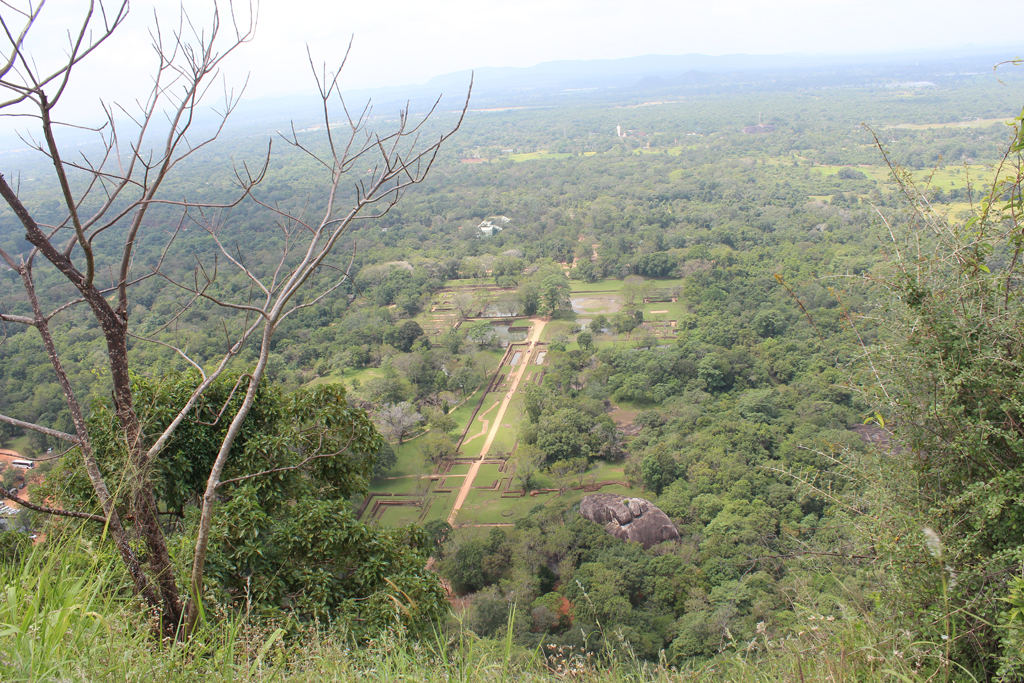 The view of the remains of the city surrounded by a moat.ene Stadt.

The Sigiriya is a large rock with ruins of a historical rock fortress, which was declared a world cultural heritage by the Unseco in 1982.

The ascent to the rock is quite strenuous and, of course, in the tropical climate of Sri Lanka also quite sweating. The effort is worthwhile, however, because the historical wall paintings and the fantastic view of the surroundings should not be missed.

The entry of about 30 US dollars (in 2015) is not a little, but the money is used to finance the preservation of this historical site.

This excursion destination should definitely go with you!

→ The Hideout in Sigiriya